The VCAT™ system employs an efficient and effective template of hyper-violent unarmed and edged weapon tactics that seamlessly integrate with the physical dynamics of the extreme close-quarter gunfight and fully support the fundamental principles of CQB.

This tactical proficiency provides the end-user with a scale of violence and measured response at the tactical level  to identify, aggressively engage and eliminate threats with combat lethality faster and more efficiently within compressed time frames; service secondary threats with the same economy of motion if required and dominate the fight. 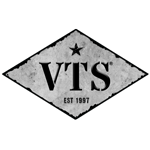